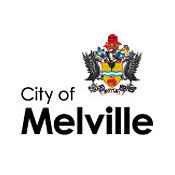 Petro Min Engineers has been awarded the contract to investigation power system harmonic distortion within the City of Melville’s Administration Building. PME were involved in earlier testing and investigations of the office network after the installation of the City’s new solar power system. The work extends the experience that we have on similar projects for Morton Seed and Grain in Wagin, British Sausage Factory and Coastline Kitchens in the Metropolitan area.

PME were also involved in the measurement and rectification of power quality problems on the Medium Voltage system at Evolution Mining’s Mount Carlton mine in Queensland.